“A lot of things we talk about today we talk about as unprecedented. It’s important to look back and see how these same concerns and issues have been raised at many points throughout history.” 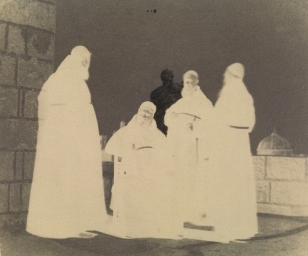 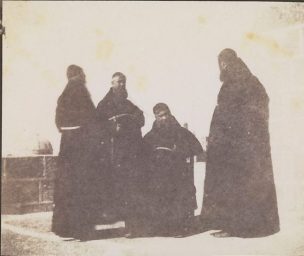 “Photography’s reputation for objectivity and veracit has always made it an indespensible tool for persuasion.”

Photography was invented in 1840, and we see evidence of faked photos as far back as 1846.

We’ve discussed faked photos using toys, as a way to convince someone of some thing or event, but photo fakery goes even deeper. And with faked news photos coming up over the past few years, I thought it was time to discuss the history of this practice.

“Newspaper editors who had long relied on hand-drawn illustrations for spot news coverage soon discovered that photography was subject to a variety of irksome spatial and temporal limitations. The most fundamental of which was the requirement that the camera and its operator be present at a space or event.” 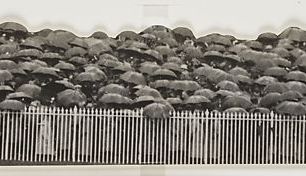 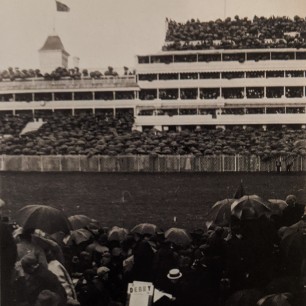 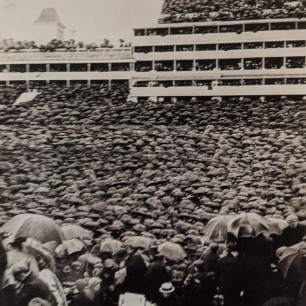 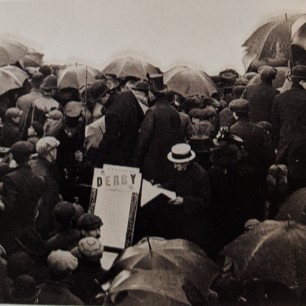 So lets dive in. I can’t possibly discuss every event throughout history, but here are some notable ones.

It’s believed that Fenton scattered these cannonblls himself for the image to represent the ambush the British had faced.

This practice of moving objects around to create a more compelling image was common. Photographers would even often move dead soldiers, as seen in the 1865 image here.

While the featured image of this post wasn’t faked per se, it wasn’t the original flag raising of the day. The image above was. This image isn’t iconic though, and the flag isn’t big enough, so the flag had to be raised again. And that gave photographer Joe Rosenthal enough time to set up for the shot.

Publisher Hearst wanted to be the first to publish and image of the event, and he was. However, the image was a composite of recognizable San Francisco buildings and the 1904 Baltimore fire. In the rush, the Baltimore photographer’s copyright was left on the image.

Photographers weren’t allowed into execution viewing rooms. So in 1936 Hearst’s International News Service hired an artist to create a photo composite. The popularity of this image led to many more similar images being created for other notable condemned men soon after.

While the image above wasn’t the first altered photo of Lincoln, as he excessively went to a specific photographer during his campaign and presidency, to take and touch up pictures so that he could avoid the incessant rumors of his gangly appearance, it is the most altered.

After Lincoln’s death, an image of his face from 1960 was added over an engraving of John Calhoun from 1852 to make him look more heroic.

In this fraudulent photo, created by Tydings’ competitor’s staff, Senator Tydings is seen talking to the leader of the American Communist Party. It’s believed that the distribution of this image lost Tydings his re-election campaign.

In an aim to link John Kerry with Jane Fonda (who some considered a traitor after her visit to Hanoi) in his 2004 election campaign an image of Kerry in 1971 was merged with an image of Fonda from 1972. The caption followed “Actress And Anti-War Activist Jane Fonda Speaks to a crowd of Vietnam Veterans as Activist and Former Vietnam Vet John Kerry (LEFT) listens and prepares to speak next concerning the war in Vietnam (AP Photo).”

During the 2016 campaign trail, a website emerged juxtaposing Rubio as a republican Obama. The image of him shaking Obama’s hand was faked and was viewed by Rubio’s campaign as an attempt to hinder his chances at election, by the Cruz campaign

In order to make the crowd of soldiers appear larger, the soldiers here were copied multiple times. Zoom in and you’ll start to see familiar faces.

And here I’ll leave you for today.

As the years have progressed, and we’ve seen evidence of faked photos time and time again, we are more likely to be skeptical. But when places we’ve come to trust for their honesty, or we at least expect honesty from, we’re more likely to believe what’s put before us.

Long story short, always be skeptical when someone is trying to sell you on an idea. Research the issue from all sides of the political spectrum and come to your own informed conclusion.

Photographer of miniatures and writer on all things small. View all posts by Tourmaline .