An Image from Hitler Moves East by David Levinthal

Last semester I did a project for my photo history class on David Levinthal. I took a chance and e-mailed his studio. To my surprise and delight he responded! On top of that, he gave me permission to share his responses to my questions with you!

Below is David Levinthal’s answer to the questions:

Why do you prefer to use miniatures in your work?
Would you say there is a defining idea to your work as a whole?
How do you choose your subject matter for each of your series?
Which of your images or series is your personal favorite and why?

Regarding the miniatures,I first started working with toy figures as the subject of my art work back in 1972, when I was in graduate school. I’m not sure that I can remember exactly why I began using them. I remember that I wanted to try and replicate some images that I had seen on old pulp magazines from the 50’s like Police Gazette, and I choose to use a Barbie doll with black tape over her eyes to simulate the black bars that they used to put over the women’s eyes, something that they used to do to “protect” their identity. What really got me focused on using toys was the work that I did with Garry Trudeau in making the book Hitler Moves East. We spent over three years on the project, and by the time the book was published in 1977, I had become fascinated by the ability to create a faux reality using toy figures. I have been doing it ever since.
I think that the defining idea behind my work is to try and get the viewer to enter the world between fantasy and reality. When you can create something so believable out of toys it starts to call into question what is fantasy and what is reality in our minds.
Finding the subject matter for any given series is usually just a question of chance. Early on in my career, I would see some interesting objects and think about how I might want to work with them artistically. Sometimes I might collect toys and figures that I found interesting and work with them years later. My work after Hitler Moves East, the Modern Romance and Wild West series, were based on my memories of film noir and of old Westerns that I used to see as a child. In the 50’s when I was growing up, many of the television shows were Westerns, and all the kids had cowboy belts and cap pistols to play with.
I think that Hitler Moves East, because it was my first major body of work, and the because it was also my first book, will always remain my favorite series. Without that work I don’t think that any of the other work would have been possible.
-David Levinthal, 2-27-12

9 Responses to “An Interview with David Levinthal, The Father of Miniature Photography” 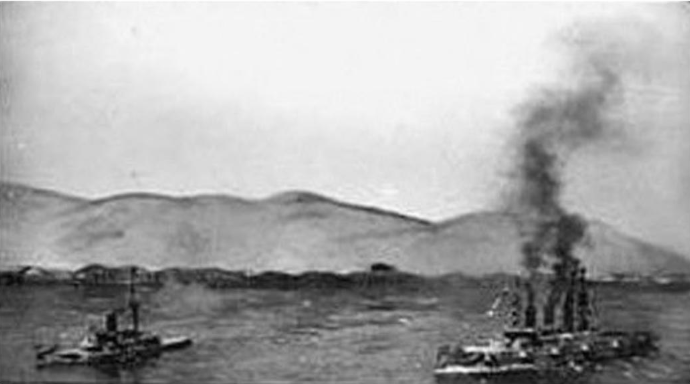