Yesterday's progress. Final coat. The paint is super metallic, if you even touch when dry it looks different. We'll see how that is to photograph lol. And yeah I'm painting close because the fabric absorbs all the paint. Now to make some clay dogs.
@staugartassoc miniature show 2 years ago. A miniature gallery with handmade clay frames of my miniature photography
Part 1. Paint everything bronze. 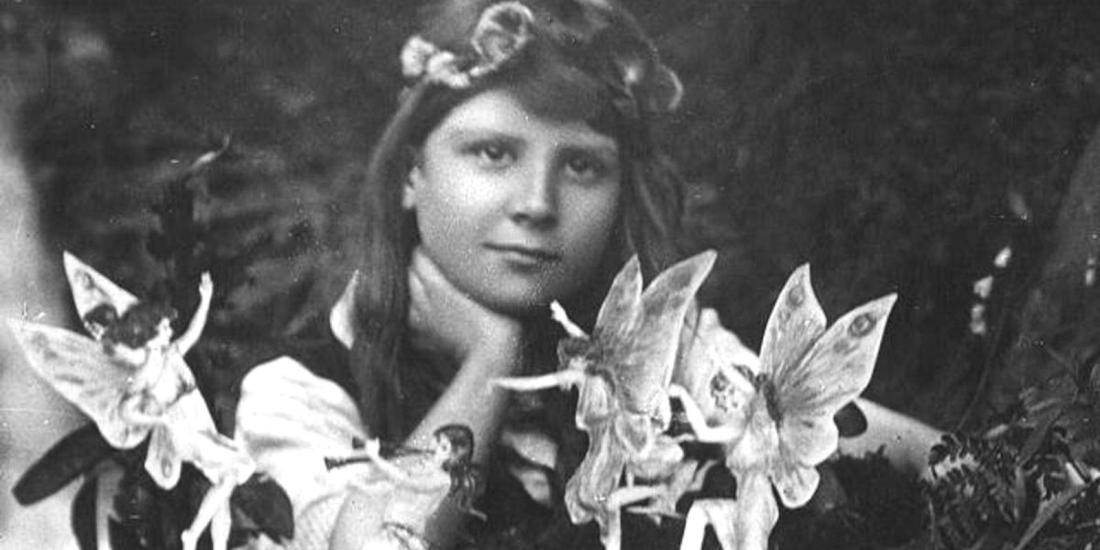 “The series of incidents set forth in this little volume represent either the most elaborate and ingenious hoax ever played upon the public, or else they constitute an event in human history which may in the future appear to have been epoch-making in its character.”

– Sir Arthur Conan Doyle, The Coming of the Fairies

In 1917, Elsie Wright (16) and Francis Griffiths (9) would often play in the woods by their home. They told everyone they played with fairies there, but no one believed them. After Elsie begged her father for use of his camera, she was finally granted permission, and her and Francis finally captured proof of their fairy friends.

While Elsie’s father didn’t belive the images were real, her mother did, and she brought them to show at a meeting of the Theosophical society in 1919. The society members believed the images and launcched a campaign for their validity.

Gardner, a high ranking member of the Theosophical society sent the original negatives to a photography expert who said, “these are straight forward photographs of whatever was in front of the camera at the time.” And no matter what you come to believe about these photographs, that is in fact a true statement. A single image negative (no double exposure), open air exposure (no added lighting), and negatives that had not been tampered with.

They were then sent to Kodak for a second opinion. While they said that the negatives were not tampered with, they also couldn’t be taken as conclusive evidence of the existence of fairies. So Gardner set up an experiment in 1920, that he then wrote about in 1945. He brough his own cameras and film to the girls and asked them to take more pictures of the fairies. He sent the resulting photographs to Doyle, who wrote back – “My heart was gladdened when out here in far Australia I had your note and the three wonderful pictures which are confirmatory of our published results. When our fairies are admitted other psychic phenomena will find a more ready acceptance … We have had continued messages at seances for some time that a visible sign was coming through.”

Arthur Conan Doyle had originally learned about these images when talking to the editor of Light (a spiritualist publication) in 1920. He went and visited Francis and Elsie and had them show him the sites in which they captured the photos. He then wrote an article on the subject for The Strand Magazine which was published in 1922. He believed that it was very likely that children could witness these creatures from another ‘vibration,’ and that if we could find a way to alter ours, or thier vibrations we could exist on the same plane. This publication also resulted in criticism of Doyle, but there was no conclusive evidence that the images were faked.

Through adulthood Elsie and Francis were insistent that the images and fairies were real. But admitted to faking them in 1983. They had copied illustrations from a popular childrens book (Princess Mary’s GIft Book), drawn wings on them, attached them to cardboard, then propped them up with hatpins. They still insisted they had seen fairies however, and that the fifth photograph (seen above) was completely real. Francis’ daughter, Christine, insists that that image is real as well, and that her mother would not tell a lie. As a note, the images of the fairies are quite different than the illustrations in the book, but Elsie was known to have artistic ability.

These photos were never actually proven false. So what do you think?

You can also learn more in Fairytale: A True Story, a Paramount picture from 1997, that we rented from Blockbuster back in the day, well before I was aware that it truly was a true story.