Another update for you all!

My dollhouse and it’s Halloween interior, and my abandoned amusement park are still in progress (read more here and here). You will most definitely be seeing dollhouse related images next month. The amusement park will be here in time, but as I’m still working on sourcing 3 more ride kits, it’s slow going.

I’m assuming you all know what Pokemon is, especially with the recent popularity of Pokemon Go. If not, here’s a brief history. Pokemon games were released in Japan for GameBoy in 1996. In these games, and with the series as a whole the goal is to catch, level up and battle animal like creatures called Pokemon. Later that year, Pokemon cards and manga were released. In 1997 came the anime series. The show and games then came out in the US in 1998. It goes on from there with new games and cards continuing to be released. (Learn more here)

It seems with Pokemon Go there’s been a resurgence however. People in my age group, the age that was really into Pokemon in it’s onset in 1998, got overwhelmed with nostalgia. While Pokemon has never ceased to be a thing, back then EVERYONE played Pokemon, or at least knew someone who did. If you were in elementary or middle school it was all the rage. I myself didn’t watch much of the series, but I for sure saw Mewtwo Strikes Back when it came to theaters (I mostly just wanted the card that you got with purchase of a movie ticket). And as I didn’t have my own card collection, when the neighbor kids wanted to trade with me, they’d give me half of their collection. I also played Pokemon Yellow and Silver on my Gameboy Advance.

To give you an idea, I was 7 in 1998. But Pokemon was a thing for people much older than me as well. And in Pokemon fashion, Pokemon Go seems to have stretched across all generations as well of new and old Pokemon fans. It seems, of course like the excitement of Pokemon Go has settled down, but there are some people still playing, at least casually, and maybe with more updates, it will get a resurgence.

All that to say, a couple months ago I had the idea to create a Pokemon photo series. In 1998 there were these mystery packs with 4, 2 cm tall Pokemon each. I got precisely 1 pack back then, and still have those 4 Pokemon to this day.

I decided to look for more and found a lot of 144 knock-offs (it’s actually quite difficult to find the real thing) on ebay. The product images looked like decent quality, although I assumed I’d have to do some paint touch ups here and there. They finally arrived in the mail last week, and well, they don’t quite live up to their product description. 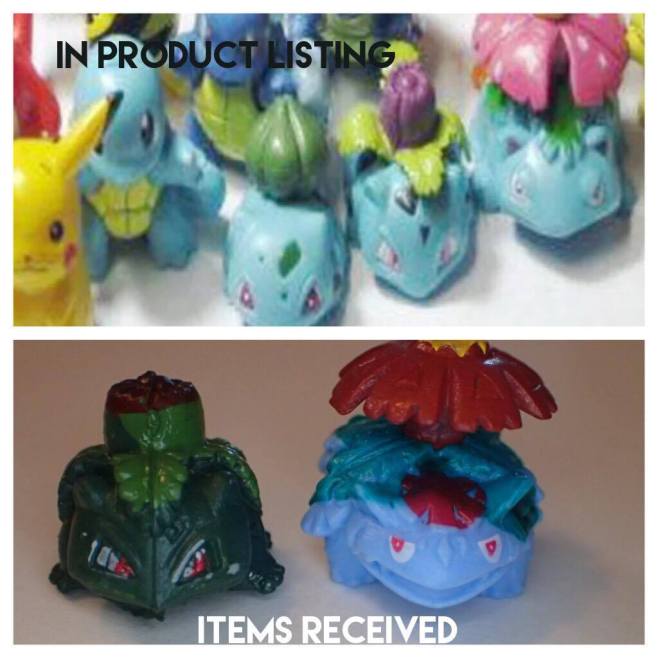 (Also Jinx, while always creepy, typically has a purple face, this one looks sorta racist product image or not)

Basically with the items arriving after the Pokemon Go fad faded down, and with them being so poor quality, the series was looking less likely. But I decided I’d try my hand at repainting some. Quite a lot aren’t exactly the right shape, etc. but I think most of the ones that are will be getting a nice new coat of paint.

Before and after. Finger for size reference. When you got lemons make lemonade. Wasn't planning on working this hard for some Pokémon, but since I have them… there's for sure going to be a ton I can't use at all because theyre barely recognizable shape wise but I'm going to try to repaint the majority of the ones that have okay sculpts. #pokemon #pokemongo #minifigures #regigigas #robot #toyphotography #toystagram #repaint #toys4life #miniature #testors #scalemodel #miniaturepainting #artofthemini #miniatures #pokemontrainer #pokemonmaster #pokemonfan #pokedex #pokemoncommunity #pokemoncollector #poke #pokemonworld #pokemonfanart #fanart #pokemonart #pokemonartwork #pokemonartist

#typhlosion – repaint 8 with 6 more currently in the works. Thumbnail in image 1 for scale. I got lazy and shot these with my phone. Will go back to the better camera for macro soon. I continually am forgetting to take before shots! This guys head was coming off. Rather than make things worse by pulling it off I filled in the gap in his neck with air dry clay. **update I've since fixed the legs/arms. I overreached with the teal. ———————————-#miniature #toyphotography #toystagram #repaint #toys4life #testors #scalemodel #miniaturepainting #artofthemini #miniatures #pokemontrainer #pokemonmaster #pokemonfan #pokedex #pokemoncommunity #pokemoncollector #poke #pokemonworld #pokemonfanart #fanart #pokemonart #pokemonartist #pokemon #pokemongo

Last one for tonight I swear… this may be a very Pokemon feed for a bit so apologies to you non-fans. #vaporeon makes repaint number 10. This one came without a tail so I made one with air dry clay. Before, in progress, after. **update, since posting I've given vape a nose and mouth. ——————————-#miniature #toystagram #repaint #toys4life #testors #scalemodel #miniaturepainting #artofthemini #miniatures #pokemontrainer #pokemonmaster #pokemonfan #pokedex #pokemoncommunity #pokemoncollector #poke #pokemonworld #pokemonfanart #fanart #pokemonart #pokemonartist #pokemon #pokemongo

That’s 11 repainted now, with 3 more currently in the works. Since posting the above photos I’ve given Vaporeon a nose and mouth and fixed a bit of the teal/beige on Typhlosion. Then of course, there’s the actual posed photos. I plan on taking quite a few and posting them here in groups. Although, I’ve taken 2 so far and posted one here for this week’s weekly weather. Zebstrika, an electric Pokemon, under a lightning sky. To see more repaints follow me on instagram here (@jennifernicholewells). 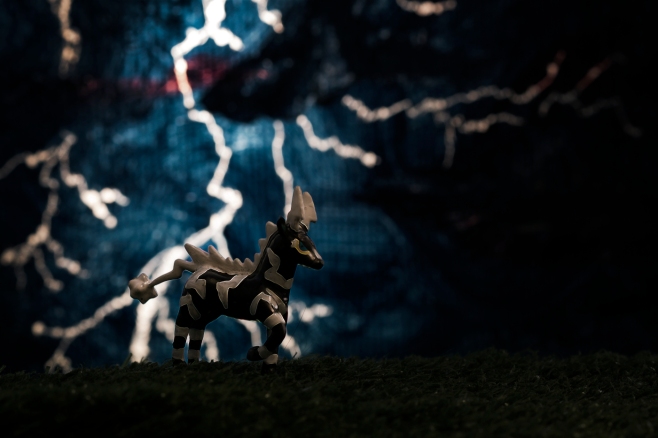 The first of what will most likely be many, Pokemon images. I’ll be posting the story of these figures soon, but for now this is a zebra-esque electric type Pokemon called Zebstrika. This figure is about 3cm long. I painted both the figure and the backdrop, backlit and photographed.

Don’t worry, for all you non-fans there will still be plenty of non-Pokemon images here. Hope you’ll forgive me.

And for those of you who do like Pokemon, let me know all about it below!

Pokémon is a media franchise managed by The Pokémon Company, a consortium between Nintendo, Game Freak, and Creatures. These companies and their affiliates do not sponsor, authorize or endorse this site.

Bear with me, I live in Florida...
3d designed, printed, painted, posed and photographed. Really need to put my #m3d back to use soon. #3dmodeling #3dprinting #scalemodel #toyphotography #jnwmini
Made 2 years ago. A white plastic woman seen through the window of a #plasticville pink and white ice cream shop. #subframing #toyphotography #jnwmini #hoscale
%d bloggers like this: