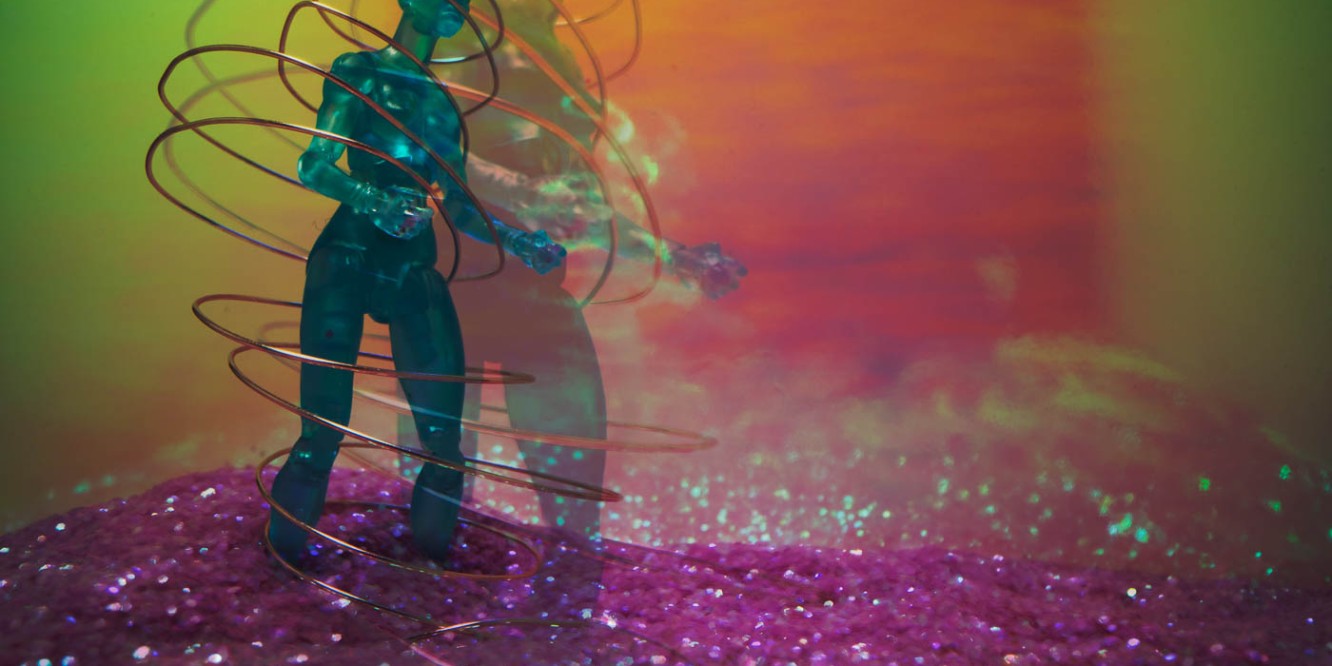 I had a vague draft of this post, sitting, waiting, for my return. Then I saw this search term in my site stats, “photography similar to toy photography genre,” so let’s get into it.

First and foremost, toy photography is photography. The term “toy photography” only came to use after the internet age, within the past 15 years or so – primarily through social media like flickr. But toy photography has existed since at least 1898 (123 years ago), and can be traced back even to the invention of photography, all falling instead into the categories I’ll outline below.

Toy Photography, by basic definition is Staged, Fabricated and Still life photography. However, depending on the subject matter of the images made, toy photos can also be Surrealist, Pictorial, Portraiture, Abstract, Macro, and so much more.

In my toy photography research, in most cases, I begin with published info on Still Life and Fabricated photography because that’s where historic toy photos can be found. Until more recent years, Toy Photography wasn’t recognized as a genre on its own and was instead put within these categories.

A Brief History of Still Life and Staged Photography

The photographic still life was one of the first forms of photography ever practiced. In the development of the photographic process, still scenes were necessary as exposure times were very lengthy.

Tableux Vivant translates from French to mean “living pictures.” It is the practice of staging one or more models. The models would stand completely still for roughly 30 seconds. This was quite a popular entertainment and parlor game in the 1830s and 1920s. In the 20th century, it was also used as a form of protest, most notably in the suffragist movement.

Oscar Gustave Rejlander used the concept of Tableaux Vivant in his photographic work. He pioneered combination printing, placing a variety of negatives together to form his narrative tableau images in the 1850s, like the one above. The Two Ways of Life was made from over 30 negatives.

In the Victorian era, the infant and child mortality rate was quite high. Often a child would die before the family ever had the chance or funds to get an image of their child. So, death photography rose to popularity. Images of mothers holding their dead children, children asleep. All images to maintain the memory of the child, with the child looking as alive as possible within them.

As medical advancements came, life expectancies increased and the popularity of death photography faded. Enter William Mumler in the 1870s.

Mumler claimed he was able to capture the image of dead relatives within images of their family members. His practice became very popular, making him a lot of money along the way. And this of course led to criticism and investigation. Mumler was put on trial, but no evidence against him came to light.

Aside from the image above, the majority of spirits in Mumler’s work are smudges at best, leading most to believe he was purposefully damaging parts of the collodion plates used in his phogoraphic process.

The Directorial Mode is deception in photography. A break away from photography’s original meaning of definitive, documentary work. It means precisely what it says “Directorial,” directing a scene.

While this practice was in use since early photography, the term was coined in the 1970s.

Beginning in the 1960s, Duane Michales, created cinematic narratives, frame by frame. He also would create double exposures for the same narrative purpose.

Also in the 1970s, Cindy Sherman began creating portraits of herself, posed, in elaborate hair and make up, to explore the meaning of identity.

In the 1980s, Gregory Crewdson began creating cinematic, suburban scenes of loneliness in which he directs full crews to assist in staging, lighting, etc.

Within this category, we also see some familiar names, Arthur Tress and Laurie Simmons. Both have made a number of images with toys and miniatures, but those aren’t the only things they’ve staged.

So that’s that, for now.

Toy Photography fits basically anywhere depending on the subject matter of your work. But if you’re searching for the most definitive spaces look into Staged, Fabricated and Still Life Photography.